If you are not embarrassed by the first version of your product, you’ve launched too late.

Proud and embarrassed at the same time, I’m happy to announce that the Sharpen v0.1.0 just got shipped and is available for download on the Visual Studio Marketplace :-) 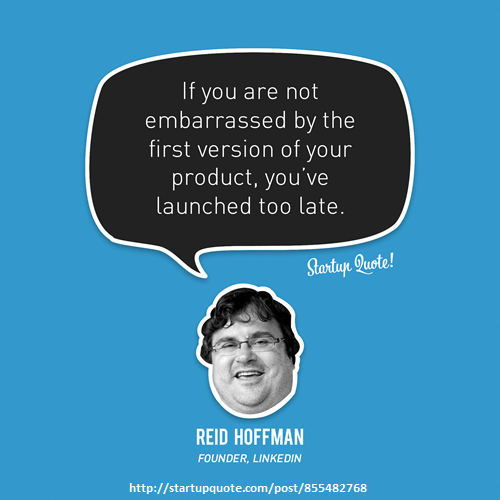 Why embarrassed and proud at the same time?

Embarrassed because the version 0.1.0 is still light years away from the Sharpen’s vision. It hardly gives even a slight glimpse of features listed on the Sharpen’s homepage:

Surely enough reasons to be embarrassed.

But at the same time I’m proud on this first release. The v0.1.0 served me more then well while giving my talk on Losing Weight With C# 7+ in Graz, Austria and Zagreb, Croatia. It made introduction of at least some C# 7+ features more tangible.

The version 0.1.0 has also sparkled interesting discussions with my friends and colleagues on the topic of effective learning of new C# features.

Last but not least it has given first interesting results and insights. I was always puzzled with a question how much an average, few-year-old C# program, could benefit of new C# features. In other words, on how many places in the existing code can we meaningfully apply new C# features and get smaller, simpler, more expressive and more readable code.

As soon as the first Sharpen suggestions were implemented I ran them on one of such “average” projects, average for the company I work for:

Intuitively I expected thousand-something findings. But not tens of thousands! Here are the Sharpen v0.1.0 results for that average C# project:

The results for open source C# projects were no less surprising. Here are the Sharpen v0.1.0 results for NHibernate:

Of course, not all of those 10,000+ places are the places where we want to use the features. My manual inspection of the findings says that roughly 30% of them are places where we actually do not want to apply a certain suggestion. Exactly on these 30% I expect Sharpen recommendations to one day give a clear No! to a language feature.

I can only guess how big the number of findings will be once when many more C# features are going to be covered by the Sharpen analysis.

So, what is exactly in the embarrassing v0.1.0? You can see the official release notes for the version 0.1.0 on GitHub. Here is the summary of the major changes:

Download Sharpen v0.1.0 from the Visual Studio Marketplace and give it a try on your own. I’m curious how surprising your findings will be :-)